Note: If you don't know what Top Gear is, google it, watch a couple of YouTube clips, and come back here. It's an amazing car show.

When I first saw the ad for Top Gear on the History Channel while driving to see Stephen Fry, I was elated. Jeremy Clarkson, James May, and Richard Hammond on my Canadian television??!! I looked forward to it.


But it seems that although it has the same logo, font, title, even The Stig... there are different hosts??? And a non British audience?? (I can tell it's a non-British audience because the people of the crowd seem to have no qualms about vocalizing their approval or disapproval with oohs, whistles, or redundant applause every time a statement is made about a car). I hadn't even considered this prospect.


The hosts are alright. They know their car stuff, and they can drive a Lambourghini at over 150 miles an hour like a pro should. But there's something about the new show's lack of quirky comedy, nicknames, and height jokes that just... well, disappoints me.


I'll give them this: The guest was great. It's freaking Buzz Aldrin, the first man to go to the moon. They had a good interview, and I loved that they chose the Suzuki SX4 to drive.


After all, it is the car that my Mum and I fell in love with when we were shopping to replace our incredibly old, battered, constantly stalling Nissan Axxess (it still didn't have electrically controlled locks or windows either). It was truly in need of replacement.

I remember enjoying the research about it... poring over Lemon-Aid books, googling images and websites. I was only 10, but oddly fascinated. I remember learning about all the different car brands & finding I could soon easily identify the difference between a Toyota, Hyundai, Honda, Chevrolet, Dodge, and Nissan. I remembered going to all those show rooms, the wily salesman, the new car smell & climbing into assorted different cars, pretending to drive them (even though I couldn't reach any of the pedals).


In short, this made me very happy, as does the prospect of driving 3 Lambourghinis, and racing a red Dodge Viper against a copter. 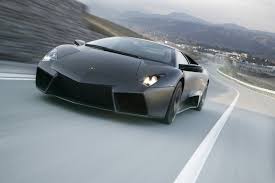 Nevertheless, no matter how beautifully you do these things, both these races can be made a tad less enjoyable by three perfectly average 6 foot tall men who have no sense of proper humour. The oddness of the British Top Gear is what makes it so good.


The American Top Gear's idea of humour is stopping the car in the middle of a lap (which is done solely to measure SPEED, I remind you) to frantically yip: "Wait a minute! We haven't had lunch!" and then "realize" that, oh yeah, they have to finish the lap. It's done in that very scripted, trying-too-hard-to-be-funny sort of way. Didn't make me laugh. Another example of the humour was when Buzz Aldrin's hand would go close to the camera (the camera was placed on the dashboard) in the video of his lap segment, and the host would say "Well, there goes the big hand again!". So hokey. Also, there was an extremely unnecessary montage scene of sunsets & matadors that they tried to use to replace the impromptu chatting about the car they usually do on the UK one. This is unacceptable. I love the chatter.


The American hosts each think of races as things to win so they can rub the fact that they won in their competitor's face if they win, and they somehow think how fast their assigned car went is a sign of their own strength, skill and intelligence. They're not doing it for the right reason. Well ok, Jeremy Clarkson does that, but still... at least he's funny, and there aren't 2 more of him.  The original Top Gear hosts (as a whole, at least) do the right thing. They race, then say to the winner: "Good on you, but let's step aside and look at how bloody amazing this car is, and how this speed is a testament to the car and its engineering."

See why this blog is called "Assorted Things..." now? I can't keep to a single subject. I really hope there's someone out there who doesn't absolutely yawn at the idea of a blog about cars from a Canadian girl...
Julianna xo
Posted by Julianna at 15:39