Am I allowed to spaz when I say the following?

Stephen Fry is in town. And on Friday, he's presenting a Glenn Gould Award. Relatively near by to where I live. On a day that I can convince my Mum that missing school is fine & that I'll easily catch up (which I will). Oh yeah, and the show is free. FREE. 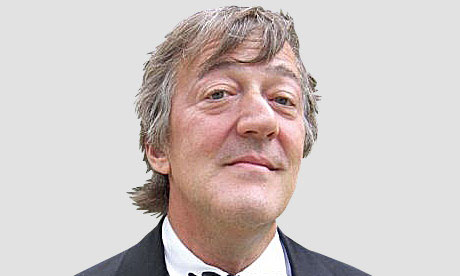 No big deal, you guys. Stephen Fry is only a legendary skit comedian who rose to fame along with Hugh Laurie, Rowan Atkinson & Emma Thompson. He's only just an incredibly smart, funny, British Tweeter & QI master. He also kinda did an amazing tour of America for BBC, voiced over all the Harry Potter audiobook tapes & acted numerous times in Blackadder as a character called Melchett.

These are a load of my favourite things.

You see why I'm excited? Just a bit? Yeah.
Julianna xoxoxo
Posted by Julianna at 19:38